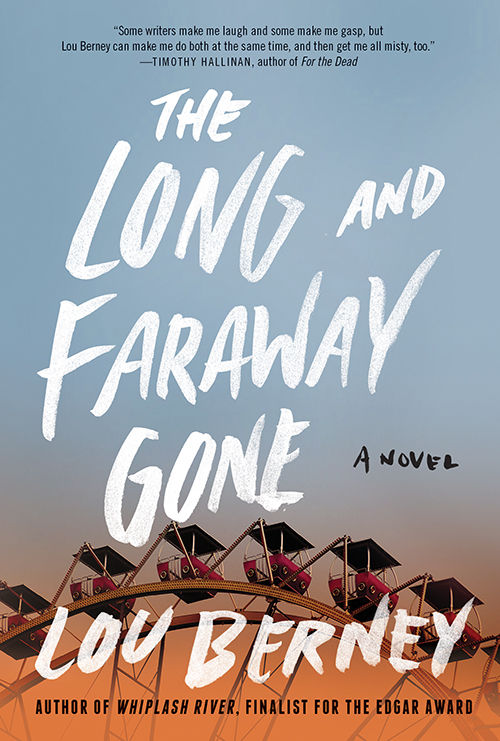 “As hip, hilarious, and entertaining as it is wrenching, beautiful, and ultimately redemptive.”

The Long and Faraway Gone

Winner of the 2016 Edgar, Anthony, Macavity, Barry, ALA and Oklahoma Book awards.

In August of 1986, six employees of a movie theater in Oklahoma City were brutally murdered during an armed robbery. A month later, a teenage girl vanished from the Oklahoma State Fair. Neither crime was ever solved.

A quarter of century later, the tragedies continue to echo through the lives of two survivors. Wyatt, a private investigator in Las Vegas, takes a case that unexpectedly brings him back to a hometown, and a past, he's tried to escape – and drags him deeper into the mystery of the robbery that left all his friends dead.

Like Wyatt, Julianna struggles with the past – with the day her beautiful older sister disappeared without a trace. When Julianna discovers that one of the original suspects has re-surfaced, she'll stop at nothing to find answers.

THE LONG AND FARAWAY GONE